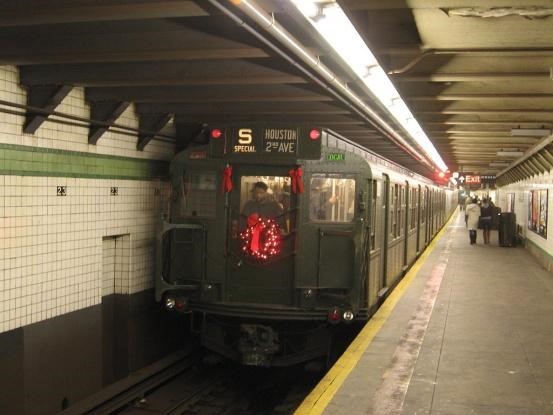 New York is famously known as the city that never sleeps. New York City is a city of dreams that throbs not only in the heart of Americans but world-wildly. Everyone dreams to visit New York City one day.

Here are a few interesting facts about New York City that you would want to travel to without breaking your bank.

In New York City, the largest public of over 8 million people resides there. Out of 38 people, 1 person calls New York it’s home. The beauty of this city lies in its linguistic diversity. More than 800 languages are spoken here. America is filled with immigrants and New York is the largest city in the U.S.A.  France gifted the iconic monument – Statue of Liberty to New York City in 1886.

Now let’s make your NYC experience and travel easier with these hacks.

Contents hide
1 Chase NYC through Public Transportation
2 Never Rent a Car In New York
3 Must Eats- Pizza, Bagels, and Egg Sandwiches
4 Sidewalks – Own Traffic Rules
5 Breakfast and Lunch – Go-to Diners
6 Don’t Wait for The Walk Signs In the New York
7 In a Nutshell,

While you are in New York make sure to navigate the subways of the city. If the subway is not the option you want to go for then call out for a cab. The original yellow cabs are your go-to option. If that doesn’t work for you, Uber, Curb, Lyft, and Juno are always available at hand.

As discussed earlier, the traffic in New York is horrible. The 10 minutes trajectory looks like 1 hour of the ride. The drivers are tailgaters and hooligans. There’s no space to drive a car as a tourist. It’s very hard to find a garage and even if find a garage then it’s expensive. Additionally, as traffics are a big problem the fastest route is through the New York subways.  If you’re driving your car around, make sure you get car insurance tips for New York City before driving into it.

Pizza, bagels and egg sandwiches are religious staples for New Yorkers. So, if you are a tourist you have to try these three staple indulgences for a lip-smacking burst of flavours. You can’t leave New York without having the necessities.

Pizza is generally served by a slice. It is a big slice. You can take it away and sit in any corner of the beautiful city and enjoy the slice of your pizza. The Triangle pizza is meant to be folded down in the middle. If it’s a square slice, just hold it in your hand and eat it just as it is. A cheese slice is called a plain or regular slice in New York.

New York is the hub for bagels. Bagels are fluffy round brown bread topped with sesame seeds. Normally, bagels are eaten during breakfast with cream cheese filling in between. New Yorkers love their bagels. Bagels are also served with eggs and bacon. There are various versions of bagels in New York. Best eaten with coffee. The secret to best bagels is New York’s soft water.

Egg sandwiches are really popular in New York. The New Yorkers are crazy about egg sandwiches that are bacon, egg and cheese. For vegetarians, you can opt for egg whites, spinach and mozzarella cheese.

The best spot to visit are:

These are some of the hacks that one can follow without breaking the bank.

New Yorkers are always in rush. While walking or driving. The busiest city in the world. Talking about the sidewalks. sidewalks need to be run optimally. While walking on a sidewalk, go with the flow of people. Do not decrease or stop your speed. Otherwise, you’ll be like a moving car stopped while everyone else’s driving like in a fast and furious movie.

The sidewalks in the New-York have 2 lanes to cross. Make sure you are walking on the correct side of the lane. If you want to stroll or walk slowly, be aware of walking on the right side of the sidewalks. If you and your friends decided to walk while returning from a party or a restaurant, do not walk in the group. There will be very little space to walk in the big group. Just blend in the walks sideways.

Diners are not very popular these days when the cafe and restaurant culture is increasing. But being in New York, one has to visit at least one diner. Diners are there to fulfil your midnight cravings when you’re wanting a good sandwich or a wholesome meal. While sitting down in the diner, you must understand that diners serve dinner meals. The meals you can order for breakfast or lunch if you’re wanting a heavy lunch during daylight.

Another amazing thing about these diners is that the menu is customizable as the diners are small restaurants that serve breakfast. For e.g. fillings to your melted or the sides or even the cheese. The customizations may or may not be charged extra as you are getting the substitute but they won’t be pricy. Also, diners are always open 24/7.

Don’t Wait for The Walk Signs In the New York

People who are not from New York City get really surprised when they are crossing the roads. In this rushing city, the people cross the streets at the intersection when no cars are coming no matter what colour the light is there.  Additionally, knowing that New Yorkers stand at the edge of the street, a few feet away from the street while waiting for cars to pass by. The thing is they don’t want a death wish but they are very impatient and in rush to reach their own destination as the traffic already is heavy.

If you wait for the walk signs and stand on the sidewalk while waiting for the sign any native New Yorker will know that you are a tourist. Just blend in with the crowd. Yet, if you are not feeling safe, you can wait for the signs to stop and then cross from the intersection. If you’re driving a vehicle make sure you have auto insurance in any cases of contingencies.

New York is a beautiful place to stroll, eat and watch sunsets. Moreover, this huge city with a diversity of religions and languages has a lot to offer and learn. Every part of your journey will be memorable in New York. New York City is a dream come true.